Beware of imitations. The eDermaStamp by Dermaroller is the original device of its kind. All other derma-rolling devices have been fashioned after the dermaroller and it's important to understand the differences.

The eDermaStamp® by Dermaroller®’s surgical-grade micro-needles reach beyond the epidermis into the dermis, causing pin-point bleeding and triggering the body’s spontaneous healing response.

Within minutes, the perforation channels close and the healing cascade starts, invading the area with collagen-producing fibroblasts and growth-promoting properties.

New organized collagen & elastin forms, bolstering from within, while the epidermis becomes thicker and more supple, each time a treatment is performed.

eDERMASTAMP IS THE PERFECT SOLUTION TO:

The eDermaStamp® by Dermaroller® causes minimally invasive precision micro-injuries of the epidermis and dermis, without causing open wounds or ablative damage. The puncturing channels close after a short time and these micro-injuries trigger the body’s wound healing cascade, which induces an increased collagen production in the treated skin. The eDermaStamp® by Dermaroller® triggers the construction of new tissue by stimulating healthy cell regeneration in precision-targeted areas that show the signs of aging. It effectively reduces wrinkles, tightens and thickens the skin, and – perhaps most impressively – fills and smooths scars.

WHAT MAKES eDERMASTAMP STAND OUT FROM OTHER MICRO-NEEDLING TREATMENTS?

The eDermaStamp® by Dermaroller® is ISO13485 certified, meeting all standards for medical-grade equipment in manufacturing, materials, sterile packaging and more. NOTE: Though it is a certified medical device, it’s not limited to physician use. With appropriate training offered through Dermaspark, non-medical spas can administer this treatment.

Fastest Motor on the Market

At 150 strokes per second (the fastest on the market!) the eDermaStamp® by Dermaroller® can safely glide over the skin without scratching or tearing the skin. Poor quality micro-needling pens which operate at a slower insertion rate (100 to 120 strokes per second) can cause scratches and micro-tears in the tissue as the tip moves across the face. The result can be increased epidermal damage and increased risk of infection.

Where other scar and anti-aging treatments are ablative (destroying tissue), the eDermaStamp® by Dermaroller® respects the integrity of the epidermis and dermis, using atraumatic (non-traumatic) perforations to gently trigger the generation of new tissue.

Don’t be mislead by imitation rollers that boast “the most needles”. Though we want to maximize the number of perforations, too many needles compromises the safety and comfort of the treatment. Imagine a bed of nails: while a bed of nails can easily support your body weight without a nail perforating your skin, a single nail would easily penetrate your skin under the same pressure. Similarly, a roller with too many needles will require dangerous and uncomfortable amounts of pressure in order to penetrate the skin to the appropriate depth. The eDermaStamp® by Dermaroller® employs the optimal number of needles to maximize effectiveness, safety and comfort.

The eDermaStamp® by Dermaroller® is built for consistency. As an electric device, it outputs consistent power which means consistent performance. A battery operated device outputs inconsistent power. As the battery starts to wear out, the tip will slow down and the results can be unwanted micro tears and scratching of the skin.

Hair growth with eDermaStamp by Dermaroller® for clinics 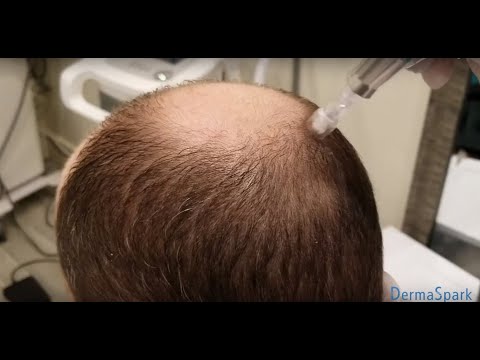 Title
Hair growth with eDermaStamp by Dermaroller® for clinics
Runtime
0:48 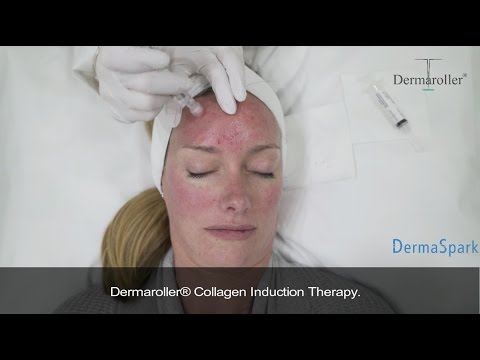 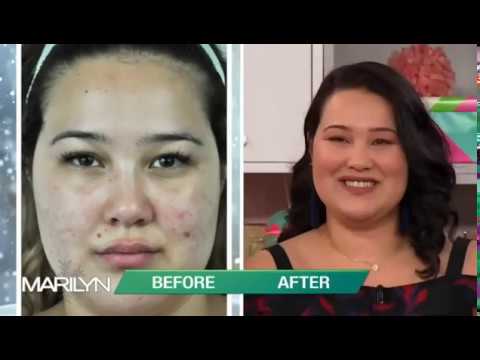 Title
The eDermaStamp by Dermaroller featured on the Marilyn Denis Show
Runtime
8:48 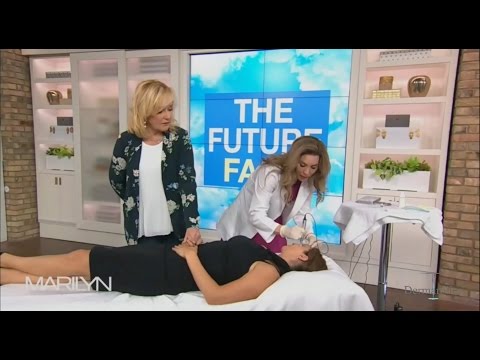 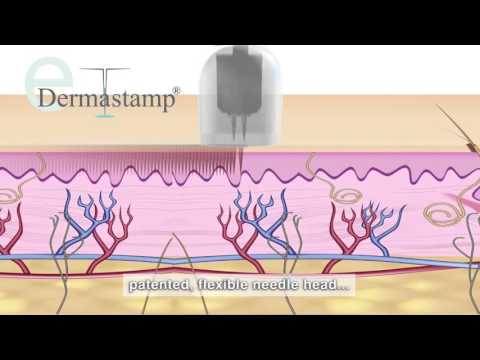 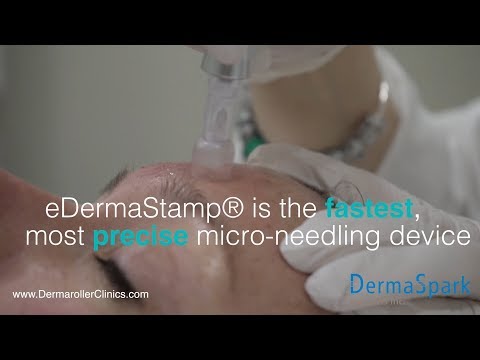 Title
eDermaStamp® by Dermaroller® - The Gold Standard in Micro-needling
Runtime
0:50

Have a question? Send us a quick message! We'd love to hear from you!

Follow us on our social media for skincare tips and more!

The eDermaStamp is a micro needling treatment that when combined with specific products can increase collagen as well as treat skin conditions.

How does the eDermaStamp increase collagen?

The highest quality medical grade micro needles are used to cause micro-injuries that trigger the body's wound healing cascade, which, induces an increased collagen production in the treated skin. For this reason, the method is also called “Collagen Induction Therapy" (CIT).

What skin conditions can the eDermaStamp treat?

The eDermaStamp can treat all kinds of skin conditions! Including, acne scars, scars from trauma or injury, stretch marks, pigmentation, aging skin, and even hair growth! Using the recommended Dermaroller homecare will produce better results.

How many eDermaStamp treatments do you need?

How many treatments an individual needs will depend on what their skin concerns are. Usually, it will take between 3-5 treatments, six weeks apart, to achieve desired results.

With the hair growth treatment, the protocol is once a week for 8 weeks, with daily home care to achieve results.

How long before seeing results?

It will take about four weeks before seeing full results from your eDermaStamp treatment.

How long will results last from eDermaStamp treatments?

Results can be long lasting from your micro-needling treatments! Using Dermaroller skincare and home roller will help the longevity of results, however, we cannot stop skin from aging, therefore you may require maintenance treatments in the future.

How does the eDermaStamp treatment feel?

There will be some pain and discomfort from the eDermaStamp treatment. We use numbing cream before the treatment to help with the pain.

What should I do before coming to my appointment?

Avoid taking ibuprofen 1 week before your eDermaStamp treatment as this can increase bleeding. Do not consume alcohol 24 hours before your treatment.

What should I do after my eDermaStamp Treatment?

How long does the appointment take?

The eDermaStamp treatment will take about 75 minutes.

Can I wear makeup after my eDermaStamp treatment?

Do not wear makeup for the first 48 hours after your treatment, only use the sterile Dermaroller products provided to you. After 48 hours, you can wear makeup. We recommend using only mineral makeup as it doesn’t clog pores and will provide skin care benefits. Jane Iredale Skin Care Makeup is the perfect solution! Available at the Spa!

Is there any downtime after getting the eDermaStamp treatment?

Yes, expect your skin to be red and irritated for at least two or three days after your treatment.